It is time we realised that this equipment can harm our health and endanger the Earth. 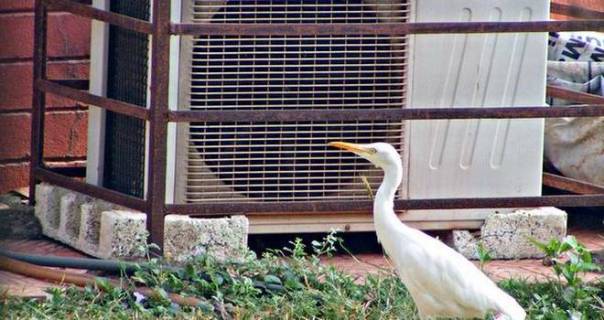 A paradox of our times is the ever increasing popularity of ACs. As the temperatures soar high, one summer thought that comes to everyone’s mind is to get the house or office air conditioned. It is impossible today not to see an advertisement by the manufacturer, a discount offer by the distributor or a sales pitch by the shop outlet during a casual day out in the city. No cars are being made now without AC, and non-air conditioned hotel rooms are already hard to come by. Even small shops in small towns are boasting of AC.

Just in a decade or two, how come this technology has swept across all climatic zones – hill stations like Matheran, dry regions like Ladakh, rain forests of Wayanad, monsoon city of Mangaluru – as if this is a singular solution to human suffering. Ironically, the comfort that’s promoted here is not the real scientific biological comfort defined by dry bulb temperature, wet bulb temperature, humidity, air change, body level breeze and such indoor conditions.

Equally surprising, from an environmental perspective, not many people have spoken against this singular invention of humankind that demands lot of electricity thus causing depletion of fossil fuel; made from manufactured materials with high embodied energy; and contributes to greenhouse gas emissions and has been witnessing advancing technology, creating obsoleteness.

One major factor behind this spread is the human impulse for habit forming. For every car driver who claims it is too hot outside, there would be thousands of people walking or working outside in the same high heat. The car owner has simply lost the body capacity to bear heat. Air conditioner conditions us, and it is as habit forming as alcohol is. If we ask anyone habituated to an air conditioner, if they were miserable failures at home or work before they lived with air conditioners, no one would say ‘yes’. It would have been business as usual or possibly the financial success of those days has led them to new affordability now. By air conditioning, we do not sweat in summer, but make the Earth sweat. We do not shiver in winter, but make the Earth shiver. For millions of years, humans sweated and shivered, so the Earth survived.

There are simple ways to go about it, and air conditioners are not necessary.

In hot climatic zones like Rajasthan, people used to sleep on terraces. Even in places like Delhi, one can see many low income and middle class people sleeping outdoors, on pathways or verandahs. In slightly more humid regions like Kerala or Kolkata, traditional homes have perforated windows and doors with louvres which are kept open at night.

The principle behind these and more of such practices is simple – the night temperature is always much lower than the daytime in summer months. If we can ensure that the benefits of lower temperature are exploited, one can ensure a good night’s sleep. Our body works much on a comparative basis, where the reduced night temperature itself provides the relief we need, after exposure to a daylong heat. The emerging practice of sleeping at 22 degrees chilled air and then face the next day’s wrath at 40 degrees is neither healthy nor inevitable.

The accompanying picture is an apt example to show how we can manage indoor comforts through managing air. We need three kinds of air, first being cross ventilation, achieved through windows in differently oriented windward walls. Secondly, we need body-level breeze made possible by the ceiling fan. The third one, displacement ventilation, is the most important for indoor thermal comfort. It displaces the hot indoor air – air warmed up by solar heat gain on ceilings, heat conducted through the walls, heat dissipated by human bodies inside and any mechanical instruments – through roof-level openings and lets in cooler outside air.

Typically, most indoor spaces today do not have voids at ceiling level, hence the warmer indoor air gets stuck inside the room. In the picture too, the wall just below the roof has no ventilator, the idea cancelled due to provision of air conditioner, though elsewhere in the same building there are displacement ventilators. In the process, this particular room gets heated up during the summer months, so the AC steps in, while the whole year it stays nearly idle.

During the summer months, the real challenge is not to cool the indoor air, an idea which leads to installing an air conditioner, which is an energy guzzling, unsustainable and cost escalating practice. Simply throwing out hot air and letting in the cooler air from outside can make a notable difference in reducing indoor heat, though it may not be as effective as an air conditioner.

Among the temporary arrangements, turning the table fan towards the window is the simplest. After keeping a few windows open, turn on the fan with its face outside. It works like displacement ventilation cooling the indoors in a short time. Unlike the roof-level voids which work at a height, here the warmer air at body level gets thrown out. The ceiling fan can compliment the air circulation.

Living at Whose Cost?

When we create a high carbon footprint and cause enormous greenhouse gas emissions, we are doing a disfavour to the environment. 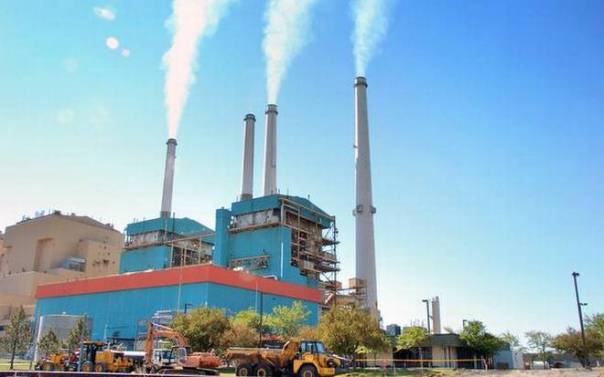 It may sound absurd to ask anyone, at whose cost are you living. Of course they will say it’s at their own cost or the children may say they are living on their parent’s earnings. The very thought that one has to live at other’s costs is not taken as an honourable position.

It is not the cost of living we need to observe, which is commonly discussed everywhere from the family dining table to annual city surveys by agencies. What we need to look into deeply is at whose cost are we living, which many of us may assume to be a simple question. The car buyer is doing so at the cost of her bank balance, the alcoholic is drinking at the cost of his health and short-tempered people continue to get angry at the cost of their public relations. Many more examples can follow, all suggesting the personal costs.

Beyond living at the cost of ourselves, we also live at the cost of the society. The sleeper class train ticket recovers only half the expenditure from the traveller. The actual investment on power and water is not charged to users. Subsidies have dominated farming sector, to help the poor farmers who cannot pay actual costs.

The savings achieved by the salaried and many self-employed people happens at the cost of the informal sector, who are made to take home meagre money for the same number of working hours as everyone else, a social disease we are perpetuating.

A high carbon footprint flight across the continent, stay in an energy guzzling luxury hotel and day-long conference in lavishly furnished air-conditioned banquets directly boosts greenhouse gas emissions, even if the theme could be on sustainability.

One family weekend spent in a hill resort eating in the fine-dine restaurant with cuisine from across the continents happens at the cost of earth resources, even if we have the money to pay the bills. Such cases are aplenty.

Are we not aware of all this, our direct contribution to climate change? Of course we are, yet we find it difficult not to do what we should not be doing. The challenge ahead of us is not living the way we do because we can pay the costs, but living without costing the Earth.

Try to shade the surface with wooden pallets, which is a frame of wood planks with gaps in between.

For reasons more than one, the summer season in India is a popular topic of discussion. It is possibly comparable to the British often talking about their rains.

Imagine the book titled ‘Indian Summer- Lutyens, Baker and Imperial Delhi’ which has little to do with climatic data on India, being the story of how New Delhi was planned and made, written by Robert Grant Irving. Another book by the same title ‘Indian Summer’ is on ‘The Secret History of the End of an Empire’ written by Alex von Tunzelmann, even more remotely connected to the idea of a season. Even the film ‘Heat and Dust’ directed by James Ivory attempts to refer to our summer, even if it is metaphorical. Summer is the talk of town.

Nowadays, Indian summer is in the headlines for the more direct climatic reasons – every year new records are being set for the highest temperature of the decade or so. How we the people and our consumptive patterns are among the creators of this record is rarely discussed, but the soaring temperatures are always debated intensely. As a fall out, sale of air conditioners is also soaring, paradoxically pushing the outdoor temperatures further up.

It appears like temperatures have crossed the limits of passive cooling and we have given up hopes on simple measures. Partly yes, but in many cities like Bengaluru which witness the extremes only for few weeks in an year, there is no real need to switch over to air conditioners. Shading the roof during the high summer can reduce indoor temperature to bearable levels, if not as low as AC can achieve.

Terrace gets direct solar incidence, hence has high solar heat gain, which is transferred to inside surface by conduction. Imagine we try to shade the surface with wooden pallets, which is a frame of wood planks with gaps in between, used in packaging especially across ships and such others. Google search can show up many images. Once unpacked, these are discarded for sale in the seconds market.

Placed on the terrace, they let in direct light between the gaps for a short time span, which does not let the surface gain much heat. Of course, the air under pellet gets heated up but hot air moves out letting in cooler air from outside the pellet, so very little heat would transfer through convection.

These pellets, often made abroad with pine and such types of timber, can withstand sun and rain for a long period, if treated well. The gaps between them can be maintained fairly narrow; as such anyone can walk over them without any discomfort. In case of any unexpected summer showers, the rain water drains out without any hindrance. Once the scorching summer is over, the pellets can be safely stored for reuse the next season.

The theory behind this idea is rooted in a big sounding term ‘ventilated cavity roof’, but can be achieved in a small budget.